Compare the best Huawei Mobile Phone Deals from all major networks and online stores. Choose from the best contract plans or buy Sim Free through Topreviews.com 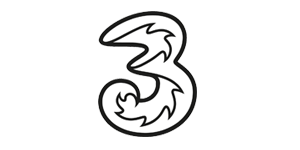 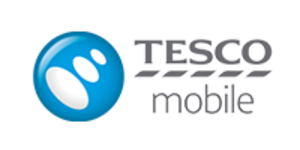 Huawei worked hard to find their place in the UK mobile phone market and managed to establish themselves as one of the top three providers quicker than any other manufacturer. Hailing from China, they hit some controversy when they became entangled in a 5G discussion with the Government and had a bit of a falling out with Google who provides access to some of their apps. However, this does not detract from the fact that they make amazing handsets and have managed to keep the prices lower than comparable offerings from other brands.
They use AI-assisted technology, they have nailed the high-end premium look and feel and they particularly excel at camera technology. This is thanks in part to the fact they have built a relationship with Leica, who are manufacturers of high-end photographic lenses and these are used in the higher-spec Huawei handsets giving them a massive edge over the competition.

As we enter the new era of 5G technology, future-proofing has become an important part of mobile phone development. Currently, the rollout is not ready for the whole country, but many manufacturers are starting to release new 5G ready handsets which means that as soon as it goes live, the user will have access to the network. If you do not have a handset with a 5G modem, you will continue to receive 4G only until you upgrade so it makes sense to get ahead.
The Huawei Mate 20 X 5G Is one of their high-end premium range handsets that not only has a stunning specification but he’s also 5G ready. It features a triple-lens rear camera arrangement with the primary shooter being 40 megapixels and a single front-facing camera of 24 megapixels. It is pushing into phablet territory with a massive 7.2-inch size making it absolutely ideal for online gaming and streaming movies.

The P30 Pro is a gorgeous looking waterfall infinity screen with the smallest water drop camera housing on the front. It features a quad lens rear camera with 40 megapixels as the primary lens and a single 32-megapixel front-facing camera with Leica lenses. It is beautifully designed to be all glass with an aluminium frame and has a high-end look and feel from the minute you take it out of the box.
We know that Huawei favours Kirin chipsets and being Android this comes with Android 9.0 pie installed which is upgradeable to Android 10.0 and the EMUI 10 skin over the top to give the Huawei look and feel. Being a relatively new addition to the market and being a ‘Pro’ handset making it top of the range there are some seriously good deals available, with lots of fantastic free gifts and network extras.

It has become standard for manufacturers to release a trio of handsets, a base model, a higher specification version, and a cut down version. The P30 is the base model and is a cracking handset with many features making this the perfect phone for a range of users. There are three lenses in the rear camera, and again these come from Leica with the primary lens being 40 megapixels and supported by an eight-megapixel and 16-megapixel lens. The front-facing camera is 32 megapixels, and you can record video from either in a range of different formats. Again this is a glass and aluminium offering with a 6.1-inch OLED capacitive touch screen, and it has a premium look and feel.

It, therefore, doesn’t take much to work out that the P30 Lite is the cutdown version in the series and again it has been designed to our fair value for money and open up the market to more users, but it still has a lot of Huawei punch. It has a similar look and feel to the others in the range with a very neat screen that just has a small water drop front-facing camera housing.
This time it has a glass front and back with a plastic frame which obviously brings the cost down and also does add to the durability of the handset making it ideal for people who have a more active lifestyle and might accidentally drop or bash the phone. Again there is a triple-lens rear camera, a single lens front-facing camera, and a rear-mounted fingerprint sensor for added security.

The Mate 20 Pro has been on the market since 2018 and features a side-to-side infinity screen with a small bezel at the bottom and a long rectangular front-facing camera housing across the top. Once more we have Gorilla Glass 5 Front and back held together by an aluminium frame.
The screen is 6.39 inches which again puts it in a popular size for streaming movies and playing games, and it has HDR 10 technology for a perfect picture performance. Still, we see a triple-lens arrangement camera on the rear again making use of Leica lenses to give a superior photographic performance. The biggest lens is 40 megapixels and is supported by a 20 and an eight-megapixel lens.

As you might expect, there are three handsets in the P20 range with the P20 Pro being the most sophisticated of the lot. Once more, we see the familiar Huawei design with a small bezel along the bottom and a neater shorter camera housing along the top. Originally released as a high-end flagship, this is a glass front and back aluminium framed handset that has a lovely feel in the hand.
The screen is 6.1 inches which is a great size and adds to the versatility on offer here. A well-loved triple-lens rear camera with the single front-facing shooter or featuring Leica lenses give this a solid performance when it comes to capturing the best photos possible. As mentioned all of the series offers three handsets, and there are some cracking deals to be had on any of these, so all that is left to do is decide which is the phone for you.