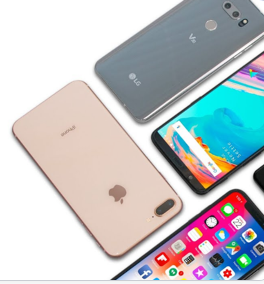 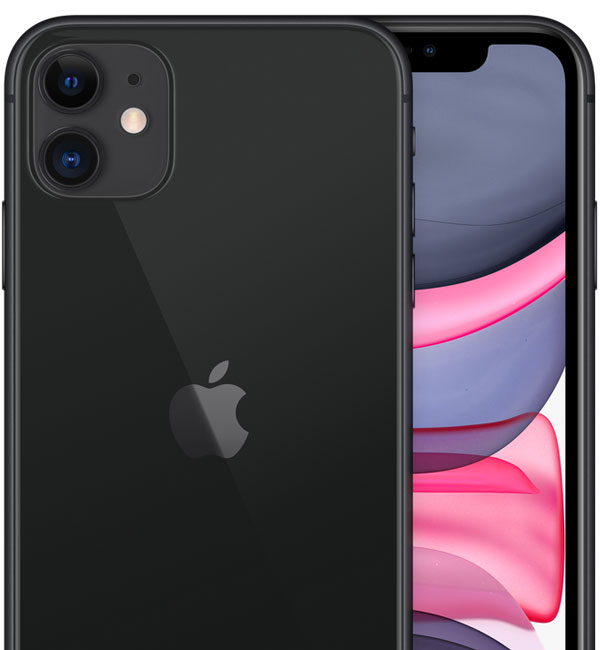 Smartphones have become an essential part of everyday life. We use them in business, pleasure and social situations. Everyone wants something different from their device, some need to be able to browse the internet and social media at lightning speed whereas other prefer to have a long battery and fast processor to make mobile gaming flawless.
There are so many different brands of mobile phone manufacturers now and they all compete with each other. However, you will find that each brand will focus on a specific element. For example, Apple always tries to be the best at system software, Samsung focuses on bringing the best displays and screen size.
Whether you have a preferred mobile brand or you are looking to try something a little different, use our handy comparison tool to find the best handsets at the best prices.

Apple has been releasing its devices since June 2007 when the first-ever iPhone made its appearance. Since then Apple has gone from strength to strength but not just with development with design as well.
Due to iPhones being a top-end smartphone, they also come with a top-end price tag. However, you are either an iOS or Android fan so if you are all for iOS you won’t mind paying a little extra.
TopReviews brings you the best iPhone mobile phone deals from around the web. So, if you are looking for the latest iPhone with a decent data bundle then filter down your options and see what network can offer you the best deal. If you are lucky enough to be able to buy an iPhone outright, a SIM free deal will be a good choice.

Samsung used to be most known for its TV development until the release of the Samsung Galaxy handsets back in 2010. The Galaxy S Series is among the most popular Android handsets ever.
Aside from the S series the Galaxy Note Series is just as popular. Both the S Series and the Note Series are Samsung’s top-end smartphones whereas the Galaxy A Series is a lot more budget-friendly, but you will find that the specification of the A Series matches the lower price range.
Compare the latest Samsung Galaxy mobile phone deals with our easy to use comparison tool. If you would prefer to pay for your handset outright, you can narrow your search down to SIM free smartphones.

Google first launched its phone range back in 2016. They focus on combining the best-looking smartphones with the latest technology. The latest Google Pixel has limitless storage thanks to Google Photos and you always have Google Assistant on hand if you are struggling.
All of the Google Pixel handsets, from the Pixel 2 up offer stunning camera capabilities. DXOMark gave the Pixel the highest ever recorded rating for a smartphone camera. Featuring dual-pixel autofocus, HDR+ and smooth 4K Ultra HD video capture.

Sony first launched its mobile phone venture with Ericsson back in the 2000s. They were mainly known for blurring the lines between MP3 player and smartphone. Sony Ericsson also made a reputation for themselves with the Cybershot range of phones which focussed on combining your phone with a digital camera.
In 2011 Sony broke its partnership with Ericsson and also moves away from using Nokia’s Symbian operating system. This is when the Xperia range was developed powered by Google’s Android OS and Sony’s Bravia TV technology.
There are several models of Sony Xperia available which stand out for being waterproof and use the same Exmor R lenses as Sony use in their digital cameras.

Oppo has always been at the forefront of 5G development and continue to invest its focus on bringing new ideas to utilise 5G technology in their handsets. Oppo goes beyond technological advances, it uses great design and innovation to produce a device of beauty.
The Oppo A Series offers users an immersive display with powerful camera which rivals even the top brands but also uses a 5000mAh battery keeping it running longer.
The Oppo Reno Series has a main focus of unleashing creativity through technology. Allowing users to capture the night in HD video using a Sony IMX708 sensor with larger pixel size. It has superfast charging and is the lightest designed Oppo to date.
The Oppo Find Series pushes the boundaries of technology with high quality camera, stunning display and borderless design. The Oppo Find rivals the best Android phones on the market.

Doro are the go to handset if you are looking for an easy to use mobile phone. Doro focus on designing devices with senior citizens in mind. They all feature extra loud and clear sound, large spaced keys and high contrast to make viewing easier.
There are several models of Doro available from the Flip Phone Doro 7030 to the simple to use smartphone Doro 8050.

Once you have decided on the handset that is best for you and your needs you then need to look at how you wish to purchase your handset. There is several ways to do this:
Monthly mobile phone contracts which allows you to choose a contract length of 12, 24 or 36 months and spread the cost over this time. You will pay direct debit for your tariff and also your smartphone.
SIM Free deals are where you pay for the handset outright and then you can choose to use your existing SIM card (whether this is on contract or pay-as-you-go) or you can take a look at a SIM only Deal.
SIM Only deals are exactly what they say SIM card only. If you can afford to buy your new phone outright, a SIM Only deal would be the best option for your allowance. You can normally pick up a lot more data for your money.

Can I buy a Smartphone without a contract?

Yes. You can choose to buy a new mobile phone on a SIM Free option. Most retailers offer this and you will find that these handsets come unlocked. This means you can use any SIM card you want without any issues.

What is a mobile contract?

Having a contract means that you agree to pay a single monthly fee for a fixed period of time. Most mobile contracts now are for 24 or 36 months, during this time you will pay for your monthly allowance of calls, texts and minutes as well as covering the cost of your chosen handset.

Do I own the phone after the contract ends?

When you finish paying your contract, it means that you have fully paid off the cost of your handset and that the phone now belongs to you. This then gives you the flexibility to choose a SIM only deal or trade it in for an newer model.