Clear filters Show results
Can't find what you're looking for?
No deals found with these filters 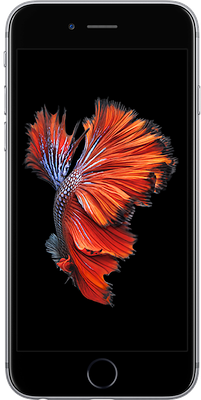 When it comes to getting the best iPhone 6s deals, you have an incredible range to choose from. Apple tech remains popular and in-demand years after it was first realised and the iPhone 6s is no exception thanks to the robust build and high-end quality that the California technology giants impart on all their mobile phones. So, although it was released a few years ago, the 6s still features everything you need from a smartphone and makes the perfect choice for a wide range of users.

It is the older style design with the central home button and heavyset frame that is really iconic of the first generation of handsets before the made the switch to infinity screens with the iPhone X and everything after that. If you are looking to get an iOS handset but find the newest flagship phones out of your budget range, an older model is undoubtedly the way to go. You get all the functionality and style at a price your pocket will really love, and we have gathered the best of reviews from all network providers to help you find the perfect deal for you.

Pay monthly deals remain the most popular way to get a new handset, as unlike pay-as-you-go, you can accurately predict your monthly payment and budget accordingly. In order to make sure you are never left with any nasty surprises, it is essential to choose a deal that offers everything you need and leaves you safely away from going over your allowance in any area. Mobile phone contracts tend to comprise three main areas, the talk time, texts and data allowances.

It is very common to find unlimited calls and texts, so you won’t go over your allowance there, but you can be charged for certain premium numbers to be sure to understand what these are. If you do call these there is no warning and the call charges will be added to your next bill. The same applies to texts, most of which will be free and within allowances but things like competitions etc. that are entered via text message will generate a charge on your next bill. Most providers have itemised billing available, so if you are concerned, you can check to see what you have been charged for.

Data is the most problematic area and one that lots of people get wrong, resulting in unwanted charges at the end of the month. Data kicks in when you have no access to WiFi and use apps or push and pull data over the internet, so things like sending and receiving emails or streaming movies. If you primarily live connected to WiFi and have it at work as well as the home you might not have a very high data requirement, but if you rely on your mobile to be your internet source then you might want to consider a big data deal.

More and more providers are offering these now as they realise that customers are living on the go and need access to more. Before you sign up to any deal you need to consider how much data you will use, some of the big data deals are so big they are actually unlimited, in which case you are not going to be at risk of going over your allowances. Of course, these deals cost more money, and therefore you should pay for what you need plus a little more to allow for unusual days when things might not go according to plan.

What this ultimately means is that the cheapest deal on offer might not be the best for you, as if it only contains 1GB of data and you use considerably more you are going to find your monthly bill is always a lot more than you wanted it to be. By all means, shop around to get the best price but do it based on the amount of data you need. If you find 30GB of data will be enough, then compare all deals in that price bracket and find the cheapest of those.

There are also other ways to save money when it comes to getting a pay monthly phone deal, firstly there is a saving to be made if you are prepared to contribute to the cost of the handset, and each contract will show you how this can be done and what impact it has on the price. You will also find that some deals come with cashback, which means you save money on what usually would be a higher spec deal. This can either be automatic meaning the network applies it for you or something you need to claim, in which case you must remember to do as asked to get the benefit.

Of course, the other way to own an iPhone 6s is to purchase a Sim Free deal, which basically means you are just buying the handset. The latest models cost in the region of a thousand pounds which can be off-putting for many people, and it is a lot of money to find upfront. However, the older the handset, the more deals there are on offer, which is why we are so delighted that companies work hard to future proof their handsets. There is no option to pay monthly you will just have a fixed fee, but again network providers work hard to make their deal the most appealing.

This can mean that on Sim Free deals and more so on pay monthly deals you also find some amazing free gifts which are extra to everything already mentioned. Some providers give away hardware like tablets and games consoles, others offer accessories like earbuds, wireless chargeable and watches. In contrast, some offer preloaded MasterCards which are single-use but can be spent in loads of places. Finally, you have a range of deals with free access to streaming services such as Apple Music, BT Sports and more.